I’m not usually one to court controversy but there were a few bits and bobs on Twitter this weekend about book titles, so I just thought I’d jot down my thoughts. Joanne Harris, one of my favourite authors, upset a few people with a list of book titles she no longer wished to see, anything featuring the word ‘little’ – eg café, bakery, coffee shop, titles with The + one other word, and titles referring to a feminine relative – daughter, mother, sister.

I didn’t enter into the argument other than to like a couple of replies, simply because I actually (shock horror)  agree with some of the points Joanne was trying to make.  Book titles follow trends and I think it would be fair to say there is trend in the women’s fiction market for pretty pastel coloured books featuring a variety of ‘little’ business opportunities.

There’s no doubt that the ‘little’ in the title is meant to convey a quaintness, the romantic idyll, something warm and comforting and a lot of readers like that – as the marketing departments of the big publishing houses well know.  Include a ‘little’ something in the title and a reader can immediately identify the genre.

Cosy ‘little’ coffee shops abound between the pages of novels, but rarely do such wonderful places exist in real life.  Who wouldn’t want to escape to Cornwall and run a ‘little’ B&B? Well not me actually because running a B&B is bloody hard work, but I’m more than happy to read a fictitious account of somebody else’s attempt to revitalise Granny’s ‘little’ old cliff-top hotel – and dream on. 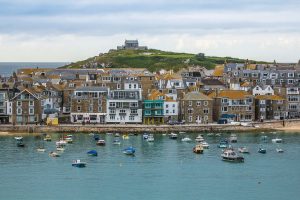 Likewise tea rooms, which always seem to have a faceless background crew so that the heroine, or hero, has plenty of time to run around the village doing other wonderful things – when of course the reality is that like the small café in the village where I live, there’s never enough customers to make the place a viable financial proposition running it single-handedly, let alone make enough money to employ wonderful support staff. 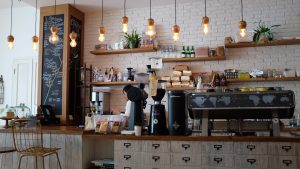 Any business run along ‘little’ lines is doomed to failure in the real world so maybe it is time to come up with some alternative descriptions. A quick check through the thesaurus reveals some interesting possibilities – besides the size connotations – diminutive, miniature, there is also the unimportant – trivial and insignificant. Perhaps ‘little’ isn’t such a comforting word after all.

Books are subjective. As writers we have to acknowledge the paying public don’t all want to read the same thing and everyone has different tastes and preferences.  I don’t want to knock escapism – after all I write it – but ‘a little’ diversity in titles could go a long way in elevating commercial women’s fiction to a more prominent platform, and perhaps even a wider readership.

I heard Joanne Harris give a lecture a few years back at The Winchester Writers Conference and she is an eloquent, inspirational and passionate speaker.   The novel for which she is probably most well-known, Chocolat, was first published in 1999 and the publishing world was very different then. The irony is if the book was being marketed today, I’ve a sneaking suspicion the suggestion might be mooted for The Little Chocolate Shop in France…