This story first appeared on  www.thepygmygiant.com 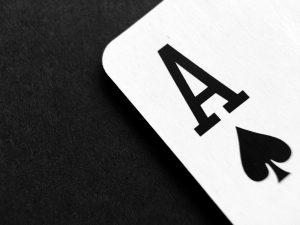 Charlie and I used to have a mantra, back in the days when life was good, when we had a house with a swimming pool and a Maserati in the garage. ‘Let’s spin until we’ve made a million,’ we would say. It would be a fitting epitaph.

I’ll admit it was a shock to find him stone cold on the floor, blue around the lips, but I’m glad he’s dead.  Not because I didn’t love him, but because Charlie wouldn’t have wanted to carry on living like this.  It was selling the house that killed him. We had no choice. I blame Bob Bristow. He should have given us more time.

Charlie would not have wanted to move into Betty’s bungalow. I feel like a teenager again, squashed into the spare room, sleeping on a single bed wedged between mothballed fur coats and boxes of my sister’s outdated record collection. That’s no life for a 50 year old.  Trust me, you’re best out of it, Charlie, old man.

I know Betty disapproves of my red dress. At least I look defiant. Betty looks dreadful. Black doesn’t suit her, it drains all her colour. Still, it doesn’t matter what she looks like, Charlie didn’t like her very much anyway.

‘I can’t believe you’re going to hold the wake in a casino,’ she said when I told her of my plans.

‘Why not?’ I replied. ‘The manager offered. You’ve made it quite clear you won’t host anything at the bungalow.’

‘We haven’t the space,’ Betty protested. ‘Anyway, the last thing I want in my sitting room is an army of your old gambling cronies.’

‘Exactly,’ I pointed out. ‘The casino is the best place for them.’

I’ve always hated wakes; shaking hands, passing on condolences, making sympathetic small talk. Charlie would always invent an excuse to avoid funerals altogether. Funny how so many have turned up here for his. It must be the lure of the venue.

Here’s Bob Bristow. I can’t quite believe he’s had the nerve to show his face. Betty nearly collapsed on the spot when she saw his wreath at the graveside. The ace of spades in white roses and black peonies. I wish I’d thought of that.

‘Jackie, my love.’ Bob is all smiles now. He reminds me of a wolf, with those sharp incisors of his. The slicked back grey hair doesn’t help.

I accept his kiss. Cold lips. Warm hands. Isn’t that significant of something?

Bob hovers. What now? Is he going to tell me how sorry he is he sent his henchmen round? We’d already put the house on the market. All we needed was a bit more time.

‘If there’s anything I can do, Jackie,’ Bob says.

I’m not going to waste my breath on a reply.  Move on, Bob, I want another glass of champagne. I know it doesn’t seem appropriate for a funeral, but it was Charlie’s favourite. The casino manager offered. He said I could have anything I wanted, the room, a buffet, free bar. Why should we all be sipping a dry sherry when we can have a glass of bubbly? Charlie would most definitely approve.

The casino manager winks at me.  He clears his throat and gets everyone’s attention. They’ll all be thinking that he is going to make a speech, extolling Charlie’s virtues but he’s not. He’s going to announce the tables are open for an hour or two.

‘Jackie, this is outrageous,’ she says. I shrug. I don’t care.  I want Charlie’s friends to enjoy themselves.

Bob Bristow can’t resist. He’s the first one to the blackjack table.

Charlie and I talked for hours about how we were going to pay off our debts. The house was all we had left. By the time I’ve covered the funeral expenses, paid off Bob Bristow, and put down a month’s rent on a studio flat, there’ll be nothing left. Charlie wouldn’t have wanted that.

Poor Charlie.  Who knew his heart was so weak?

I tried to placate him. I promised to enrol on a course of counselling, addiction therapy, the whole twelve step programme, but you know how it is. Life is a roller coaster. Sometimes you’re having so much fun you just don’t want to get off.

Bob Bristow has moved onto roulette.

Well, why not? It’s not as if I’ve got anything left to lose. I’m wearing my lucky red dress after all. Forgive me, Charlie, but who knows? Today could be the start of my winning streak.