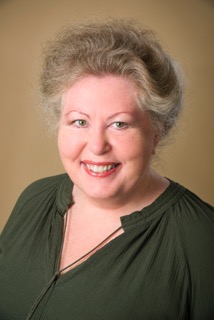 Today I am joined by romantic novelist Sophie Weston to talk about the five books she considers her favourite ‘comfort reads.’  Sophie, in the guise of Jenny Haddon, was chairman of the Romantic Novelists’ Association from 2005-2007 and has sold over 12 million books in 27 languages across 100 countries. Over to Sophie.

Five Comfort Reads and Why

I survive because of comfort reads. Ever since I was a child books have dug me out of the dark places. They have soothed me in a turmoil of worry; reminded me of the good moments in times of sadness; sustained me over a long, wearying haul. When I travelled abroad for work a lot, I would choose a good fat book for company, so that I could walk around in a more rewarding world for at least an hour a day. At home, my bathroom has a collection of some of those special titles, which are never, under any circumstances, to be taken out of the house. Guests are welcome to read those books, but never to take them away, not even for an hour in the park.

I don’t really have favourites, but five special ones, in the order in which I first met them, are:

A Victorian children’s book about children with a side order of Gothic mansion and even a ghost. I loved it when I first read it because the ten-year-old heroine, Mary, is plain and very bad tempered, especially when she’s frightened, but resourceful and good at learning. Great on Yorkshire landscape and grumpy natives. Wonderful gardening lore, too. One for when my problem solving is running dry.

Another plain, resourceful girl. (Could there be a theme here?) This one’s a debut novelist. She is shy, blunt, awkward and a keen observer of the Regency beau monde and she’s produced a roman à clef which her clever publishers expect to take the ton by storm. But there’s a fly in the ointment. Her villain is modelled on a Duke – and now her family want her to marry him. He’s not so keen. Gloriously funny, emotionally truthful, great characters, every single one of who has at least one redeeming feature.  Great for restoring tolerance; and also reminding the writer that once your story is out there people may well run with it in directions you never intended – and IT’S NOT YOUR FAULT.

The Morning Gift by Eva Ibbotson

Imminent war and refugees in London, 1938. Chilly British academics, a loving Austrian family, and a self-obsessed (possible) genius, plus a long-wounded and difficult aunt, and an open-hearted shoe-salesman. There’s even a refugee psychiatrist (“the soup-slayer of Belsize Park) and a tea shop that will live in your memory. This is a story about love and kindness in pretty much all their aspects. But at the heart of it is a classic love-story between an utterly straight-forward, emotionally honest young scientist and a corkscrew up-tight professor. A book to warm your hands at, when you feel the world is too cruel to endure.

I’m a huge fan of pretty much every book in Pratchett’s Discworld. This isn’t even my favourite but it’s the one about vampires. Now I hate vampires – all that phony glamour brainwashing people and turning them mindless! Here the bloody-minded fight back hard, led by the redoubtable Granny Weatherwax. And yes, there’s a plain heroine, Agnes who’s the youngest of Granny’s trio of witches and makes the tea. When a dashing vampire – he lounges on the air as if it’s a sofa ­– falls for overweight, unconfident Agnes, she loathes him and, to his astonishment, resists in her own unique way. A book to make you laugh and think; also a hugely, satisfying defeat of the hip, cool, modern and too damned pleased with themselves. My surrogate revenge book.

Price wrote mystery cum spy novels, set in the Cold War. His first protagonist was academic maverick David Audley, a military historian and, like our espionage industry Price continued to mine the academic establishment, along with the military, for his recruits. He twice won a Crime Writer dagger. But this book is different. The protagonist is neither a soldier nor an academic, not even a man! She is the widow of a marriage on the point of fracture, a square pen in a round hole, professional, intelligent, problem-solving but not quite comfortable with her colleagues. As a result the story about the hunt for an IRA/KGB assassin – exciting and full of twists that are a master class in plotting – takes second place to her own feelings and challenges. And the ending brings both elements together in the most astonishing yet perfect and satisfying way! Victorious in the deepest possible way. And heart breaking. My book to restore perspective.

About Sophie by Sophie

Sophie couldn’t wait to go to school to learn “to write properly” – she already had so many stories in her head. But stories come when the will and she wasn’t published until a bout of illness had her penning a short romance aimed at Mills & Boon. She recovered and went back to the day job but what Emma Darwin calls that itch of writing kept urging her back to the keyboard, resulting in 50-ish romances, including To Marry a Prince (but that one’s by Sophie Page) and, coming soon, a romantic comedy, Vertical Sex. That title came to her in a dream, by the way, and it’s total marmite among her friends, though booksellers say they like it. She says the book insisted.

Thank you so much for joining me Sophie. I love the title of the new book, but then I also like Marmite! Another great list of books.