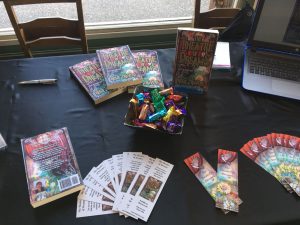 The day finally arrived – The Theatre of Dreams was officially launched and it’s like sending a baby out into the big wide world. You hope everyone is going to like it, you hope you’ve created something endearing and captivating, but of course, books are subjective and not everyone is going to be enthralled by your style or even interested in your genre.

It seems to have been an awful long time coming – eight months in total since I signed that publishing contract and it has been hard keeping the momentum of  ‘I’ve got a book coming out’ going. I have tried to build an ‘author platform’ during that period – it’s a been a learning curve that has taken me right out of my comfort zone and I’ve still got a long way to go.

I’ve extolled the virtues of my book, I’ve described it as warm-hearted, as funny, entertaining, now at least it’s out there in the public domain people can read it for themselves, make up their own minds and hopefully agree.  The proof, as they say, is in the pudding. I think I’ve baked something quite delicious but now it’s time for the taste test!

The Theatre of Dreams is out there taking its first steps, and the online launch  – interacting on social media with four different devices all pinging away at the same time – went without a hitch,  and the physical launch, more of a celebration with friends and family and an open invitation to everyone I’ve ever met in Southampton to come along, went better than I could have hoped, and in fact provided a wonderful opportunity to catch up with a few people I hadn’t seen for years! (Oh yeh, and I did sell a few books too…)

As much as I’d now like to sit back and take a break from social media I can’t. The launch is just the beginning – a book is for life, but I no longer feel quite so much like a one-man band. I’ve had good reviews, I know I’ve written a well-rounded story and I will keep on plugging away.   Hopefully I will have more confidence to go out there and promote myself.  I read somewhere that the best marketing tool is to write another book. That’s taken a bit of a backseat over the last couple of months  but I feel ready now to pick up the WIP and attack it with new vigour.  And more importantly, breathe….. 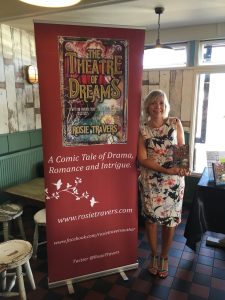 3 thoughts on “The Book Launch”