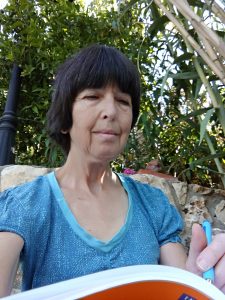 But most of the books I read aren’t comfort reads. They’re not what I need to take me out of something that’s making me unhappy.

In my youth, when I often struggled with life, I didn’t know about comfort reading. I wish I had; it would have helped. But it was only in June, 2010 that I discovered reading as an escape.

Something happened at that time. I can’t even remember exactly what it was. Where I live, bad things happen quite often. What I read about this episode on social media, from people who lived far away and couldn’t really know what was going on, upset me a lot. I’ve probably read similar comments since then, but have become more immune to them.

In order to escape from comments I took too personally, I decided to turn my computer off for fifty-five hours, or at least that’s how long my separation from the world outside my country turned out to be. It would be much harder to cut myself off from the Internet these days, now that I have a smart phone and am expected to be available online at all times. But back to then. What did I do instead? Apart from completing various chores, I sat in the garden and read.

The book I read was one that I’d just won in a competition: Kwaito Love by Lauri Kubuitsile. It’s a romance, the first of this genre that I ever read. I can do no better than to quote from my review of the time, https://miriamdrori.com/2010/06/07/a-well-timed-book/. 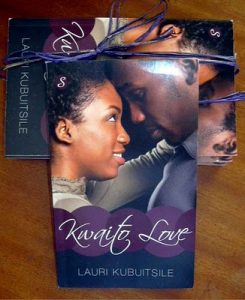 “It’s set in South Africa, and describes a world where traditional food includes vetkoek or makwinya – depending on the language being spoken, where women of twenty-four are too young to marry, where family ties are very strong and where the worst problems are caused by misunderstandings.

“No doubt the last item in my list is not always true of this place, but in the world described in this story, that’s all there is. And that’s what drew me to this beautiful, well-written story: its ability to distract my mind from all my worries and transport me to a world where the love between two people is the only thing that really matters.”

Since then I’ve read many romances. I’ve even written one, Neither Here Nor There, although the background of its heroine predetermines more plot depth than in most romances. And next time I need an escape from the trials of real life, I’ll hope I have a romance at hand to fill the gap.

Miriam Drori is the author of the romance Neither Here Nor There, the historical novella The Women Friends: Selina co-written with Emma Rose Millar and the non-fiction Social Anxiety Revealed.