De-cluttering guru Marie Kondo has caused quite a stir amongst the reading and writing community by stating we only need keep 30 books on our shelves. I’m a harder taskmaster than Marie, because I only let my guests choose 5 “keepers”! Today I’m handing over the challenge to romantic novelist, Paula Martin.

Thanks for inviting me to share my ‘comfort reads’ with you and your readers, Rosie. I must have read thousands of books in my life, so it wasn’t easy to pick only 5 books. In the end, I’ve chosen 5 which are ‘special’ to me for different reasons. 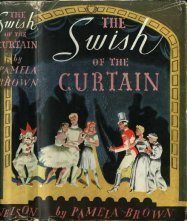 The Swish of the Curtain by Pamela Brown

I first read this when I was ten or eleven, and then read it over and over again! It’s a story of seven children, each with different talents, who form their own theatrical group and write, produce, and act in their own plays. I’ve heard that this book (first published in the 1940s) inspired many future actresses, including Maggie Smith, Victoria Wood, and Eileen Atkins. In my case, it led to a lifelong love of the theatre, and also inspired me, when I was about twelve, to write my first full-length novel of over 60,000 words, which I called ‘We Wanted a Theatre.’ I still have it somewhere, written in long-hand in pencil on whatever paper I could find! 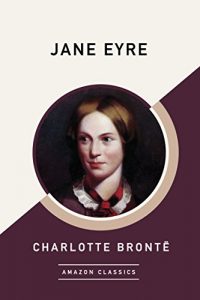 I ‘met’ Jane when I was twelve and my mother took me to our local repertory theatre to see a play based on the book. The next day I rushed to the library to borrow the book, and then asked for my own copy for my next birthday. I always loved Jane whose inner strength enabled her to cope with so many traumatic events in her life. She spoke her mind, and considered herself to be Mr. Rochester’s equal, even at a time when women were considered ‘inferior’ to men. In later times, I’m sure she would have been a suffragette or an ardent supporter of women’s rights! An interesting footnote to my love for this book is that a few years ago, I discovered Charlotte Bronte started writing the story when she was staying with a friend in Hathersage in Derbyshire, and based her heroine on a medieval brass on the tomb of Joan Eyre (hence the surname, of course) – and Joan Eyre was actually one of my ancestors. 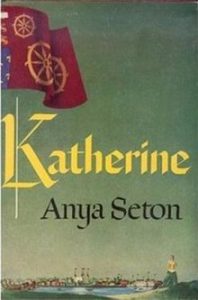 In my teens I was hooked on Tudor novels, especially those by Jean Plaidy, but this book changed all that. Based on the factual story of Katherine Swynford, and set in the 14th century in the reigns of Edward III and Richard II, it brought the later medieval period to life for me. Historical people who had just been names became real people, especially John of Gaunt – and I must admit I fell in love with him! I was full of admiration for Katherine, too, who became governess to John’s two daughters (echoes of Jane Eyre here?). After his wife’s death, he and Katherine began their love affair, which continued until his second ‘political’ marriage to a Spanish princess. After Constanza’s death, John returned to Katherine and married her. This was at a time when royal Dukes simply did not marry their mistresses, so it is an indication of John’s lasting love for her. This book led to my fascination with later medieval history which I later studied at university, and in turn, led to my next book: 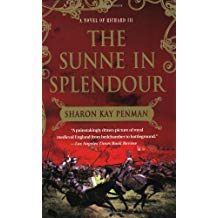 The Sunne in Spendour by Sharon Kay Penman

Many novels have been written about Richard III, but in my opinion this is by far the best. Sharon’s research is second to none and, like Anya Seton with the 14th century, she brings the events and historical characters of the 15th century to life. The story begins in 1459 with Richard as a young boy, covers the period of the Wars of the Roses, includes family and political intrigues, and ends in 1485 with Richard’s defeat and death at the Battle of Bosworth Field. Like many others, Sharon rejects the Shakespearean portrait of Richard as an evil monster, and shows him as a man with loyalty, courage and strong principles. It’s a novel I return to again and again, but as it is such a thick tome (over 1200 pages), I now have it on my Kindle! 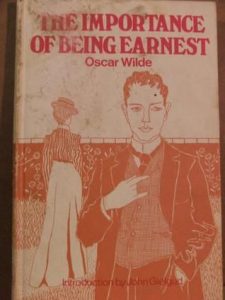 The Importance of Being Earnest by Oscar Wilde

Not a novel this time, but a play, which I first saw on stage when I was eleven, and then bought the full script (a hardback book at that time) with my Christmas money. I love Wilde’s clever wit and brilliant one-liners, and also his satirical comments on the so-called ‘rules’ of Victorian society and morality. Every time I read the script, I seem to discover something new. 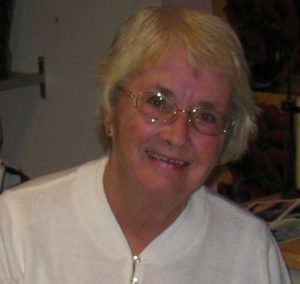 Paula Martin lives near Manchester in North West England and has two daughters and two grandsons.

She had some early publishing success with four romance novels and several short stories, but then had a break from writing while she brought up a young family and also pursued her career as a history teacher for twenty-five years. She has recently returned to writing fiction, after retiring from teaching, and is thrilled to have found publishing success again with her contemporary romances.

Apart from writing, she enjoys visiting new places. She has travelled extensively in Britain and Ireland, mainland Europe, the Middle East, America and Canada. Her other interests include musical theatre and tracing her family history.

Her most recent book is Irish Shadows, the fifth book in the ‘Mist Na Mara’ series, published by Tirgearr Publishing. All five books are stand-alone stories, set in beautiful Connemara in the west of Ireland, and combining romance with suspense and intrigue. They are available from various distributors (Amazon, Kobo, Nook, Smashwords) via http://www.tirgearrpublishing.com/authors/Martin_Paula/

Thanks to Paula for taking part – and for telling us about her intriguing personal connection to Jane Eyre. Wouldn’t it be wonderful to inspire a story, even if it is just in name only!